June 15th is Beer Day Britain – the UK’s first national beer day – and your country needs your help and enthusiasm to demonstrate why Britain’s beer and pubs should be recognised as national treasures.

June 15th is also the date that Magna Carta was sealed in 1215. This year there will be major national and international events to mark the 800th anniversary. The connection between Magna Carta and Beer Day Britain is that ale is mentioned in Article 35 of the great charter.

Ale was so important in England in 1215 that it was included in one of the most significant legal documents in history. And in 2015 beer is still vital – not just to the British economy but to the social health of the nation.

The intention of Beer Day Britain is:

Will you join in and encourage your friends and colleagues to do the same? The aim is to trend on Twitter using the hashtag #CheersBDB.

We cannot make Beer Day Britain a success without YOU getting involved, so lets make sure social media lights up with mentions of #BeerDayBritain in the weeks leading up to June 15th 2015. In addition to participating in the 12.15pm national cheers, perhaps you could encourage your local brewery to brew a celebratory ale or throw a party in the brewery, or for your favourite pub to host a special beer themed event.

You can also download an information pack, logo and beer mat artwork on the website (www.beerdaybritain.co.uk) so you can tell everyone you know that you are a ‘Proud Supporter of Beer Day Britain’.

Our live #BeerDayBritain beer tasting with Club Soda’s very own Anja, Jessy and Luke from @LuckySaintBeer was aweso… https://t.co/nb0JLR2RAb

Our live #BeerDayBritain beer tasting with Club Soda’s very own Anja, Jessy and Luke from @LuckySaintBeer was aweso… https://t.co/WFT2VeMosG

Happy International Beer Day! Make sure you use a beer mat, you don’t want marks on your tables!

Next Saturday is @BeerDayBritain & I’ll be celebrating with @NomadicBeers during their June Open Taproom.

We’re celebrating #beerdaybritain with a pub hunt organised by our Chair-David French in Retford on Saturday 15th J… https://t.co/auJzUWpRYx

Almost one week to go until #BeerDayBritain!

Don’t forget to pop it in your calendars and encourage your customer… https://t.co/uJClCKO7yh

@GeoGreenPower1 I’ve read your newsletter and its states that you have installed systems with the capacity to produ… https://t.co/QsXyF6EZdp

Here’s a guide to all the Events and Awareness Days happening in #June to help you plan for your business this mont… https://t.co/QTJLDEYZ2J

There’s still time to view our newsletter and enter our competition to win this Hamper of Beer! Just tell us the es… https://t.co/lV6uzEce3j

Our BIGGEST ever beer festival is just around the corner! Free Entry and a FREE PINT for Dads!!! #FathersDay2019… https://t.co/fWZXBY1aOv

Are you coming to celebrate #BeerDayBritain at The Anne Arms? 🍻🍻 https://t.co/94yNgKZbPG

Pubs are being urged to celebrate the country’s favourite drink as #BeerDayBritain makes its return: https://t.co/5lSeeVrEVw via @inapub

What better t- shirt to wear at @CityOfAle celebration of beer than a #cheerstobeer one? Getting ready for… https://t.co/ZkLcVCDFvk

The 15th brings us to a very important document, it’s #MagnaCartaDay. We don’t like bugs in the archive so why not… https://t.co/5XqqSqL4u9

One for the diary… #BeerDayBritain Loads of great breweries in the #chilterns to try! https://t.co/ucpir48Vnp

Beer Day Britain takes place on Saturday, June 15. What will you be doing in your pub to mark the occasion? #pubs… https://t.co/YyjZwX5Ob4

What could be better for a newly opened pub than a National Day to celebrate Beer! Make sure you’ve got June 19th i… https://t.co/mhrHad5fJl

Get in! Chuffed to bits for the wonderful Jane Peyton @SchoolofBooze – hard work and dedication to make… https://t.co/wUPRMZpU91

For the fifth year running pubs are being encouraged to host special events such as beer and food pairings and mini… https://t.co/NSvgmNYDxE

Tha will av a pint a smooth ta chuc 👍🏻🍺 Get ya sens down to @Sunbridge_Wells next Friday to celebrate… https://t.co/fhTkL9Wisq

It’s exactly 1 week until @BeerDayBritain! How will you be celebrating it, and where? #beerdaybritain https://t.co/KNUijeJ1yx 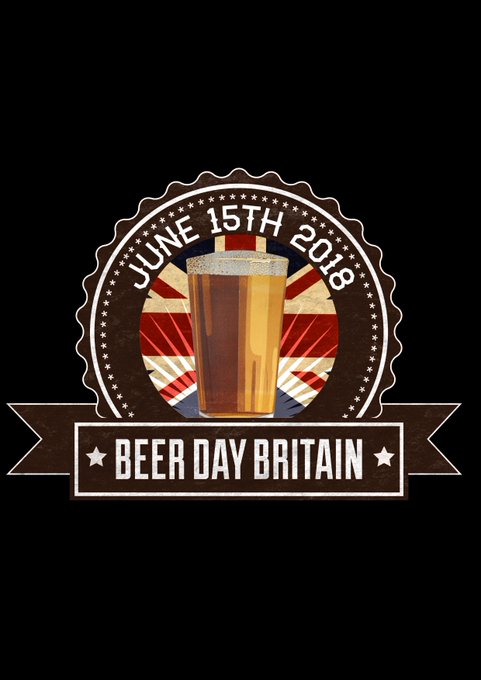 Support @BeerDayBritain & invite your local MP to join you for beer at a local brewery or pub in their constituency… https://t.co/XaSufD3Z9c

The Pub Hub™ is a brand new, comprehensive pub guide for the UK's best bars and pubs. It's FREE and built to share pubs on-line with best practice search marketing techniques applied to this website. Together, UK pubs can build more awareness and get more people enjoying the pub life and community.